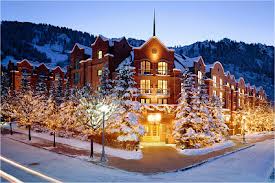 Erik Cavarra of Alpine Real Estate believes that early Season Bookings may be off it’s normal occupancy pace because of the low snow and weather conditions.  Being a Golfer, playing Aspen Golf Course in November is a good thing, playing the same course in December could be an indication that Future Resort bookings remain at Par or worse if we don’t receive Snow.  Aspen & Snowmass is known for it’s ski resorts, not necessarily its golfing and for keeping the skis in storage with playing golf in December will lead to slower bookings at the beginning of the Season.  It’s like going to a beach and finding no water. Future hotel bookings can be as difficult to predict as the weather when occupancy numbers are dependent on snow. Early December hotel bookings in Aspen and Snowmass are down compared to last year, said Bill Tomcich, president of central reservations agency Stay Aspen Snowmass. That’s likely due to the current snow conditions, he said. “They’re down and that makes perfect sense,” Tomcich said. “Last year at this time of the year we had a lot of snow.” Tomcich didn’t have specific occupancy numbers because they are not finalized yet, but overall there has been a softening in the booking pace for early December, he said. “The weather is having an impact,” Tomcich said. “People are waiting to book this year.” Still, that could change with a big storm and the good news is that towards the end of December and through January, bookings are up, he said. That’s different than in the past when people traveled to Aspen before the holidays and left right after, he said. “We’re seeing a lot more people coming in and extending their stay well past New Year’s,” he said. Aspen’s occupancy rate looks like it will peak on Dec. 29, while Snowmass’ is on pace to peak the following day, Tomcich said. United Airlines will begin its full winter service into and out of Aspen’s airport starting Dec. 19 and American Airlines will begin its service on Dec. 13. Stay Aspen Snowmass hasn’t had any cancellations due to the weather, but there have been many people who have called the agency inquiring about snow conditions in the area, he said. Per tradition, Aspen Mountain opened on Thanksgiving Day, which fell a week earlier this year. Currently, the only open runs on the mountain are Deer Park, Spar Gulch and Little Nell, which are accessed using the Little Nell and Bell Mountain chairlifts. Those runs rely on man-made snow. The Aspen Skiing Co. does not have the infrastructure to make snow above Deer Park. The top of the mountain remains closed for skiing, since the natural snowpack is not enough to provide a useable base. And at Snowmass, the only chairlift open is the Village Express to the midway station. When it’s going to snow is the million-dollar question that everyone’s trying to answer, said Dennis Phillips, a meteorologist at the National Oceanic and Atmospheric Administration (NOAA), based in Grand Junction. The same high-pressure system that pushed most of the moisture from the Pacific Ocean to the north last spring is still in place, said Ryan Boudreau, forecaster at Aspenweather.net. Aspen gets smaller storms when the system weakens, he said. That will likely happen on Monday when the area should get snow, but whether the storm will produce enough to accumulate significant inches in anyone’s guess, Phillips said. That is the trend for the winter season, he added. “The official forecast is equal chances of wet or dry,” Phillips said. Even if it is an exceptional winter with respect to snowpack, drought conditions will likely persist in the region through the winter, Phillips said. That’s because of how dry the past summer and spring seasons were, he said. “It took a long time to get in the drought and it will take a lot to get us out of it,” Phillips said. Don’t give up hope though because it will snow eventually, Phillips said. The saying goes that 20 percent of the storms make up 80 percent of the weather, meaning that a few heavy dumps will change everything for the ski areas, he said. Meanwhile, Boudreau’s prediction for snow in the next two weeks is bleak. Although there will be a small storm on Monday, it likely won’t produce significant accumulations, he said. After that, it should be clear skies and warm temperatures for the rest of the week, he said. “It sucks,” Boudreau said, adding that he hopes he’s wrong. “I’m just going to go to church and I’m going to have a few more drinks and hopefully things will change.”