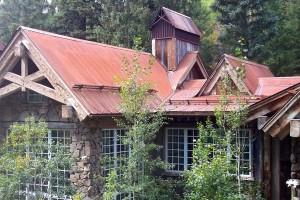 ASPEN—If there’s such a thing as a “new normal” when it comes to real estate sales, then the Aspen/Snowmass market just might be knocking on that re-calibrated door these days. While Pitkin County saw double the dollar volume in sales during July, $78.7 million, as compared to the same month in 2011, the base number was the weakest single month in at least seven years. All told, there were 47 transactions in the county during July 2012, an increase of 9 percent from that month last year, according to figures provided by Land Title Guarantee Company. A total of 19 transactions (representing $51.1 million) were credited to Aspen while Snowmass Village was responsible for 11 transactions at $18.2 million. In Old Snowmass, there were two sales (for $4.5 million) and in the sliver of Basalt that comprises Pitkin County, five units were sold for a sum total of  $2.17 million. Bank sales, five of them, amounted to $13.1 million of Pitkin County’s total. Nine interval units totaled $1.5 million. The $21 million sale of a stunning home on the banks of Maroon Creek below the Heatherbed Lodge – the Highlands-area inn immortalized by author Martie Sterling in her book Days of Stein and Roses – was the most significant sale during July. The average sale price for a single family home, $4.2 million, represents a 3 percent increase from full year 2011 while the median sale price is $2.8 million, which is almost dead even with last year. Aspen is faring significantly better than Snowmass Village, which is flush with well-priced single family homes (77 at last count) and condominiums (more than double that number are currently on the market). With regard to pricing, “This is the new reality,” said Greg Rulon of Joshua & Co. who emphasized that now more than ever, “the best values sell first.” Noting that through July dollar volume was down 10 percent and transactions were off by an even dozen percent compared to the same period in 2011, Rulon opined, “that’s 12 percent from not a great year.” Meanwhile, the mid-valley market has suddenly “caught fire,” according to several brokers, with investors scooping up what are perceived to be bargains. Garfield County sales were led by a change in ownership of Storm King Ranch, which sold for $11.5 million during the month. But that’s only one segment of that county’s market that has heated up, according to Phil Weir of Coldwell Banker Mason Morse. New employment opportunities at Valley View Hospital and Colorado Mountain College, as well as increased interest in second homes, are contributing to Glenwood’s newfound popularity, he added. “Glenwood has gleaned itself off as a stepchild of Aspen. It’s a fact that people are calling about moving to Glenwood…it’s got a reputation as a great town,” Weir said. He also said that after years of falling prices, the bottom seems to have stabilized and “we may even be running out of inventory.”
As he assembled a wait list for a home in New Castle, Weir credited price adjustments for one reason behind Garfield County’s new popularity. He’s sold seven local properties to teachers in the past year and appears darn proud of that fact. “My take is we are priced where we should have been (though) people don’t like to admit that,” Weir added. Back in Pitkin County, while a huge improvement over the dismal July of 2011, July 2012 is still a far cry from the pre-Great Recession boom days where $150 million monthly sales were not uncommon. Yet Rulon suggests that because “Snowmass is still the best ski mountain around, I see ski money coming back.” His opinion is backed up in part by the ongoing and multi-million dollar redevelopment of the former Silvertree Hotel into a Westin property. Soon, ownership stablization of the commercial portion of Base Village will be completed. “I think people are feeling better,” Rulon said. “I just don’t think it’s a very deep feeling.”
July Indicators: PITKIN COUNTY