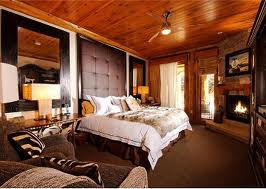 ASPEN—A Maroon Creek spec home that went on the market shortly in the depths of the recession has sold for $21 million, marking the second most expensive home sale of the year. Called the “Residence at Maroon Creek” in marketing materials, the nearly 15,000-square-foot “European country home” sits on about two acres fronting Maroon Creek just past Aspen Highlands, and can be seen from the road near the old Heatherbed lodge. The sale price represents a nearly 30 percent discount—it was originally listed for $29.5 million in July 2009. It closed at the end of July, almost exactly three years after its listing. The Maroon Creek home sale is the second priciest residential transaction in nearly two years, eclipsed only by the $49 million that hedge fund manager John Paulson paid for two Starwood properties belonging to Saudi Prince Bandar in June. In 2011, the priciest residential sale was $20.75 million, for two adjoining properties on Red Mountain. Sports team magnate Stanley Kroenke made the purchase in November. In October 2010, a West Buttermilk estate changed hands for $31.5 million. There are a few large-acreage properties currently on the market for much more, including an 800-acre Watson Divide property for $75 million and the Peace Ranch in the Frying Pan Valley for $49.5 million. And in the price range of the Maroon Creek home, a Red Mountain property listed for $20 million is expected to close at the end of August. The seller of the Residence at Maroon Creek, B&C LLC, is an entity controlled by Kristeen Church, an interior designer who designed and built the home. Church is also one of the plaintiffs in the lawsuit against the city of Aspen over its proposed hydropower plant on Castle and Maroon creeks. The buyer is officially listed as Jenka Acquisitions LLC, whose managing member is TVPEAT, Inc. of Concord, Mass. The president of TVPEAT—and probable new owner of the house—is Tobias Kleitman, president of TVPX 1031 Exchange Company, whose specialty is structuring complex tax-deferred exchange transactions for large corporations, the oil and gas and real estate industries, and wealthy individuals.